blog > THE EXPERIENCE OF MAKING MY FIRST SHORT FILM

THE EXPERIENCE OF MAKING MY FIRST SHORT FILM

Three years back in the month of September 2014 I started shooting for my first short film The deposit. I was making this film as a part of my semester project at my institute FX School in Mumbai.

Since I was making the film for the first time I had no idea of the processes involved in making a complete short film. I had written the script with the help of my brother and a few friends. It took us a while to get the script into an execution level as there were many reruns of it and the climax of the story wasn’t shaping up the way we wanted. All of us had many opinions and debates as to how it should end.

We finally got the script going just a week before the shoot. At one point it looked like, we would have the script ready only on the morning of our shoot. It took us that long to actually figure out, what kind of a film we wanted to make, and how will it pan out in the end.

The process of finding actors for the film was quite easy for me as I had friends from theatre backgrounds. They really encouraged me and gave the support I needed to make this film. The script was finally ready and we were set to roll the next day.

As per the script, we had allocated 2 days to shoot the film. We had decided on using two locations for the shoot. I wanted to give a bachelor pad look and feel in the film, as the characters roles were that of struggling actors. Our first shoot was in a small and compact flat with 1 living room, a simple bedroom and kitchen with a attached tiny balcony to complete it.

The first day shoot took us 5 hours to execute two scenes. Both the first and last scene had many retakes. The third scene had the most number of issues as it was shot in the balcony. There were disturbing noises, the lighting was poor; overall it was a very challenging scene to shoot. We finally wrapped up the shoot and the scenes came out pretty well, to say the least. It was a tiring day and luckily we had kept a day to rest to prepare for the final shoot.

The second and final day’s shoot happened at my place. There was only one scene required to be shot on that day. We had chosen my home’s terrace garden as the location. This shoot wasn’t so tiring though it did require a lot of planning. We had a lot of fun during the filming as there were jokes being cracked at regular intervals. Since it was at my place, we had organized a good meal for the actors and crew on the set.

The post production of the film took about 2 weeks, as there were many technical glitches in the footage, which had to be edited out carefully.
Editing the film was a tedious but fun process. It taught me how a scene, when shot from 2 different angles, could be synced into the same frame without too many adjustments. At that time I had no idea of how good or bad my sound quality was, but it helped me in getting what I wanted in the end.

The film was finally ready for release. I shared with my family once before it went public to make sure they weren’t any issues. All said and done this was my first short film and they were bound to be mistakes. Nevertheless, I released the film and got a decent response for it.

I learnt a lot from this film. I understood the entire process of how a film was made. I had never written a script. Though I’ve seen many scripts online, I never really thought I would eventually be creating a script for a short film.
There were many mistakes that had happened in the film. One of the reasons was that I had used two different types of cameras to shoot.

At the end of it all, I could take satisfaction from the fact that I was able to make a film with professional actors. It gave me a sense of accomplishment and relief. This experience has helped me in making better and good quality films for my clients. 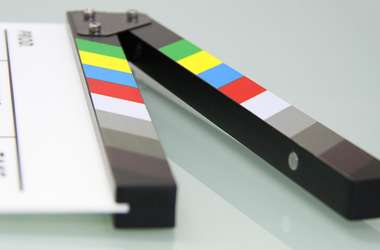 THE EXPERIENCE OF MAKING MY FIRST SHORT FILM

Three years back in the month of September 2014 I started shooting for my first short f...

Your email address will not be published. Required fields are marked *

This channel hosts short films on various genres which includes corporate films, short fictional films, music videos and a range of product-oriented videos which are made for clients. Please subscribe to my channel to view the exciting content that we are bringing forward to all of you.